operating as one of the modern enterprise

(Summary description)As we all know, in addition to the breeding of pigs, cattle and sheep, the first step in the transformation of meat products is slaughter.

(Summary description)As we all know, in addition to the breeding of pigs, cattle and sheep, the first step in the transformation of meat products is slaughter.

Information
As we all know, in addition to the breeding of pigs, cattle and sheep, the first step in the transformation of meat products is slaughter. For a long time in the past, China's slaughtering industry was in a state of slaughtering, no regulation, and disorder. The quality of meat could not be guaranteed, and the market order was extremely chaotic, difficult to supervise and difficult to control. With the changes in the development requirements of the times, the slaughtering industry has gradually been standardized. At present, all parts of China are actively promoting fixed-point slaughtering and standardized slaughtering. At the same time, the country is playing the role of “third hand” and is actively accelerating the upgrading of the industry. Poultry slaughtering equipment is also being upgraded and upgraded step by step.
This year, the Ministry of Agriculture issued the "Opinions on Strengthening the Management of the Slaughter Industry to Ensure the Quality and Safety of Meat Products" (hereinafter referred to as the "Opinions"). The "Opinions" pointed out that by 2020, China should basically form a slaughtering supervision system with consistent powers and responsibilities, clear division of labor, and efficient operation. The mass and above slaughter enterprises basically establish a quality and safety control system. In addition, the pass rate of meat sampling in the slaughtering section was stable at over 97%, and the situation of small, scattered and chaotic pig slaughterhouses was basically improved, and cattle and sheep poultry were concentrated and slaughtered in an orderly manner.
Standardized slaughtering, in addition to supervision and integration of slaughtering enterprises, the slaughtering operation process also put forward higher requirements. It is reported that in the production line of designated slaughter enterprises in various places, advanced modern equipment applications such as pig/bovine/sheep slaughtering equipment, poultry slaughtering equipment, slaughtering tools, hanging conveying equipment, head hoof processing equipment, visceral sorting equipment, and dividing line equipment have been used. Extensive, not only achieved a huge improvement in efficiency, but also higher quality and safety, while effectively solving the long-standing pollution problems in the slaughter industry.
New trends in meat consumption, slaughtering equipment
The meat industry, which mainly sells raw materials and roughs, is the first link. At present, the meat industry is advancing toward deep processing. Will the slaughter industry undergo new changes as market demand changes?

Scan the QR code to read on your phone 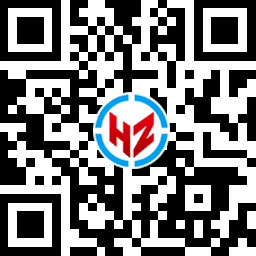